When I was 10 years old, I stumbled out of the movie theater, my mind totally blown after having just seen George Pal's “The Time Machine” based on the 1895 (!!!) novel by George Wells. Next to “The Seventh Voyage Of Sinbad”, I can't think of any other film that affected me in such a profound way. I actually laid on my bed trying to figure out a way to build such a fantastic device for months thereafter without any success for obvious reasons.

Although the plot departed from the novel in several ways, particularly in its anti-war statement (but cleverly told I must say), it still is one hell of a piece of film making which makes the 2002 remake pale by comparison.

When I saw Masterpiece Models resin kit along with an add-on electronic upgrade, I was hooked. Unfortunately, the kit wasn't that good and extremely over priced in respect to the up grade. Wishing to avoid a law suit, I won't vent on the what I feel are the shortcomings of the kit but if you write to me personally, I'll be happy to provide you with the gory details.

Having said that, after spending more time than I should have, I think I ended up with a passable version of the machine. I was forced to create my own electronics to overcome the short comings of the original and though it wasn't as effective as I would have liked, they got me by. Still, the final build up is still 'pretty' and generates some conversation from anyone that sees it. I'll be posting a brief movie showing all the bells and whistles along with a bit of the movie soundtrack added to the scene within the next few days. 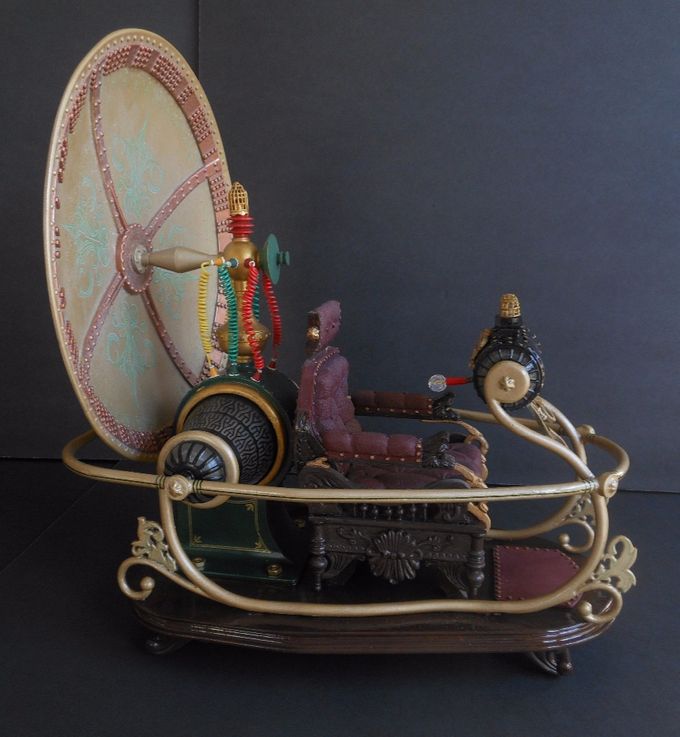 Brief video with segments of the movie's sound track showing the kit in action. Sorry, no real time travel....or IS THERE?